Valigrunt Performance performs miscellaneous jobs from large to small on most older makes of vehicles not just Chryslers, from GM, GMH, Ford etc... Shane's passion stems from growing up in a house filled with old Holdens, Chevs and Pontiacs. He began learning about cars from the time he was a small child as his father worked for GM and restored his own and other peoples cars from home, even bringing home best car at the hot rod show at the exhibition buildings for numerous years running. He was also influenced greatly by his Grandfather who owned and operated a garage in Mulgrave back "in the day". This then naturally led to Shane honing his skills and knowledge in the fields he would require to make his cars go harder and handle better all the while still looking good. His passion for cars naturally lead to Shane fixing other peoples problems when they had difficulty finding someone who knew how to work on classic cars and this has slowly progressed from hobby to work (if you can call doing what you love work). Therefore if you need something as small as a service or something as big as an engine rebuild or maxi tubs don't hesitate to give us a call.

Take a look at a recent Valigrunt project 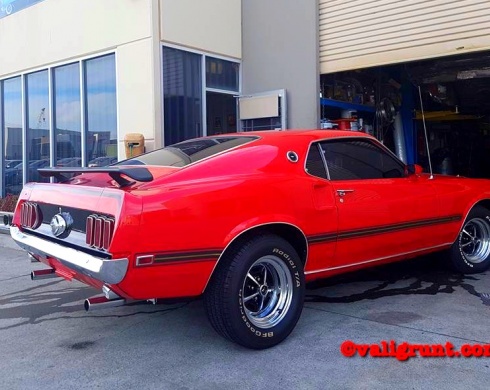 Check out some other projects by Valigrunt