I had always admired the Charger and after my mates bought Ford XT’s & XY’s I thought I’d stir them up a bit by buying a Charger.

I had been looking seriously for around 18 months for a VH V8 Charger for a reasonable price before finding this VJ on moparmarket.com, it had been advertised for about 1 month. I joked that nobody would buy it because in one of the photos, the car was doing a burnout!

I wanted a car that was turn key, ready to go.  It was advertised as being a matching numbers 318/904 car and recently resprayed factory Amber Metallic colour.  Seats, dashboard, trims, rubbers, glass, lenses etc were all VGC to EC.

The only problem, the car was in Currumbin on the Gold Coast.

I had spoken with the seller on a few occasions. During dinner, I again mentioned this particular Charger to my wife. She said if I get a Charger, she gets a Spa Bath.  I rang him back and make an offer. A price was agreed on.

We landed in Coolangatta and were out the front waiting for a cab when Emma said “Wow, look at the Charger!”  It was the one advertised.  The guy, Ben McTavish, thought he might drive down and save us the hassle of a taxi or bus. After a bit of a chauffeur drive in the Charger, Ben gave me a drive along the back streets and the Highway. It went alright and sounded good. We pulled up in a park and I had a good look over the car. Overall the condition was better than expected.

I gave Ben a deposit until he got a Safety Certificate for the car. I spent the afternoon resting while my wife toured the Gold Coast. Late in the afternoon, Ben delivered the car, money changed hands and I was a happy man. It turns out Ben is the son of a renowned surfboard designer/manufacturer.   http://www.benmctavish.com/71-dodge-charger/

We stayed on the Gold Coast on Friday night. The next day we headed home back to Melbourne via Sydney and Canberra.  After a trouble free drive home, I registered the car in Victoria in July 2003.  Since then, it’s only done 14,000Km!

It is a Sunday car and as such, I wanted to put it on Club Rego as I am a member of Bay City Chrysler Club.  To put it on club rego, I need a RWC. I am time poor so decided to give it to someone who knows their Chryslers and wouldn’t charge the earth.  I had been recommended to use VALIGRUNT after talking with a few people, especially Josh, a fellow employee where I was working.

I found Shane easy to deal with. I didn’t want to spend a fortune on the repairs. Shane knew that I basically wanted the car back up to scratch so it would walk through a RWC. No oil leaks. No Transmission faults, Exhaust repairs/replacement. A bit of paint and some electrical issues to sort out. Shane kept me up to date during the works and would often ring to explain issues and ask for authorisation to order specific parts.

The car was finished in time to use in my mates wedding alongside his RB30T powered LJ Torana. So many people complemented the Charger and how good it looked and sounded.

How did you get it? Thru a mate, in the paper etc?:
Mopar Market
When did you obtain this beast?:
July 2003 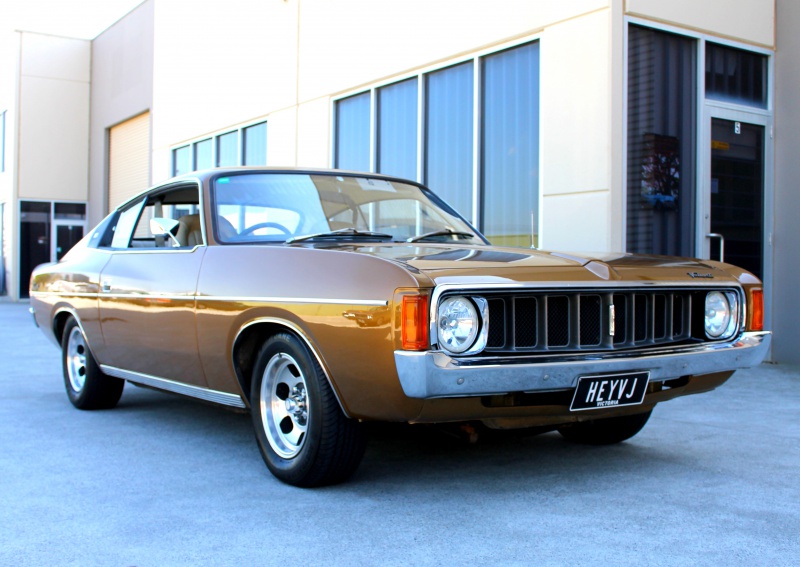 Updates to this project