Finding someone you trust to transport your pride and joy can be difficult indeed, especially when that car isn't running and needs to be put onto transport trucks. When the customer purchased the above car the previous owner was very proud of the fact that he had been able to source a brand new petrol tank. For all you car enthusiasts out there you know how hard it is to source second hand parts for your cars, let alone new ones. When Shane put the motor in and drove it to the petrol station to fill up and take it on a test run he noticed that when he stopped the petrol was running out of the tank, and not just a slow dribble but in a "gushing" style. Once the remaining petrol was syphoned and the underside of the car inspected we noticed that the transporting company had, in their wisdom, used a forklift to pick up the car and move it into position on the truck. This had essentially crushed the brand new fuel tank as well as damaging the new exhaust system and putting flat spots into the pipe. As the Le Baron was running the Fast injection system there were sensors mounted into the tank, so it was decided it would be more economical for Shane to repair the damage to the tank than to source a new tank and remount and rewire the injection system to the tank.
Project:
1978 CL Chrysler Le Baron 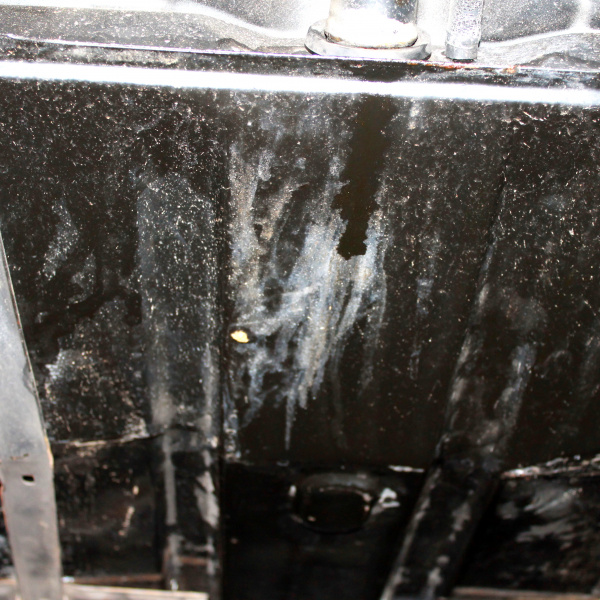