Nothing like being down to the wire, it’s two days before race day and WarSquaw might be alive and running ready for Rides Down Under Workshop Wars (on 7 plus) but the front panels still need to go on.  Mad rush to bolt everything up and zero time for tuning, other then the bare essentials.

Raceday is on Monday so Sunday afternoon we set off to Bairnsdale tuning on the fly, with the 57 Pontiac loaded up with the kids  and tandem trailer along just “in case”.   No-one really knows what the 1955 Gasser will go like, it all looks good on paper, but as with any experimental design it’s anyones guess what will happen until you test it.  What better way to test then an 1/8th mile drag race.

Valigrunt’s 1955 Pontiac 2 Door Gasser are up against the HPF’s modified Kia Stinger, Superformance’s T Bucket Kit Car, HPW’s VK Commodore, Autotech’s FG XR6 Drag Car and modern Mustang and Higgins Heads supercharged Maloo Ute.  Unlike us, who joined this show at the 11th hour, the other shops have had anywhere from 10 months to 1 year to build their cars allot more then 10 weeks.

Monday morning and raceday is going to be a cracker, the sun is shining and the cars are ready to race.  All the cars, except for HPW’s VK are ready for racing.  Last minute problems have meant that unfortunately the VK a no show.

Nothing like a bit of track tuning, WarSquaw lines up against it’s show rivals, checkout the final Episode of season two for all the action shots, and with some tyre smoke a flash of orange tramp rods she is out of the hole like a jack rabbit.  Every test run has her going a little faster and faster, Shane learning the car, it’s shift and which way she will kick on the fly.  Not being able to sit back and watch Shane have all the fun, I line up in the 1957 Pontiac Superchief for a little fun myself.

Anyone who has seen the 1957 would say she looks fairly stock, white wall tyres, sunvisor, spats, nothing to be worried about.  This is what the owner of the track thought, he assumed I wouldn’t be fast; better give her a head-start.  My flag drops, I floor it, he hears the Turbo 700 chirp into second, kicking it sideways just a little and realises I’m already half way down the track.  Shane is horrified, his flag drops and for the first time he drops the clutch, the torque runs from motor to box, along the tailshaft and through the diff.  The slicks get traction and bang, snapping the spring locating studs and turning the differential saddles into bananas causing the diff to twist up and whip the tailshaft into the floor.

No worries for raceday though, the 1957 kept racing. 1/8th mile after 1/8th mile and she even rocked it around the slalom, again taking all by surprise as she handles quite well after extensive suspension upgrades and custom front disc brake upgrade.  The 1957 Pontiac came first beating all the modern cars with the traction control and abs breaking.

At the end of the day with all the R&D invested in the 57 she’s a reliable, economic classic car that we can race everyday and twice on Sunday’s and still use to tow home the Wild, Tyre Shredding, Diff Twisting 55 WarSquaw.  Best of both worlds. 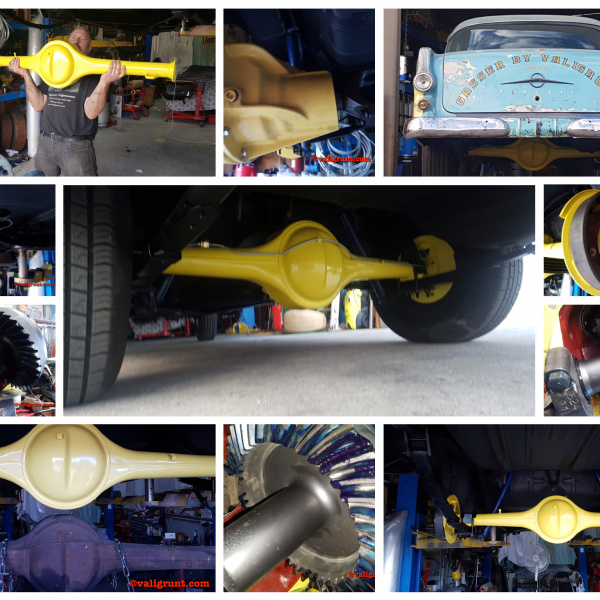 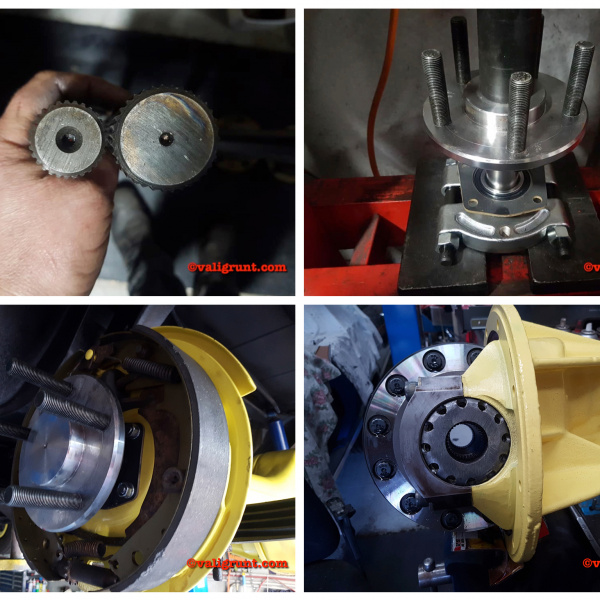 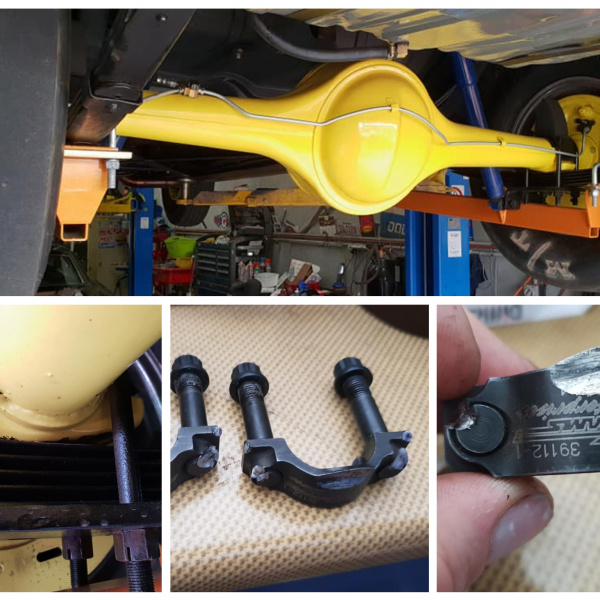 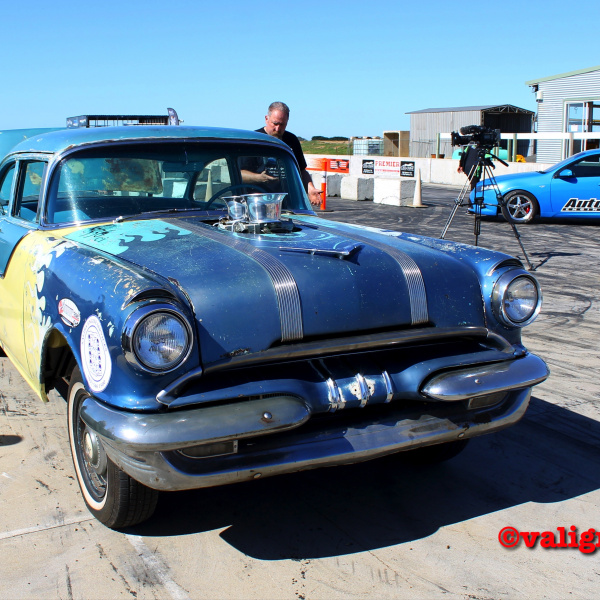 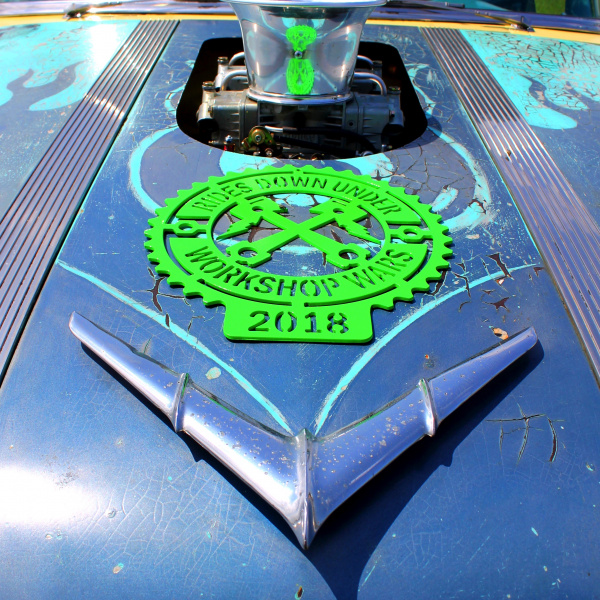 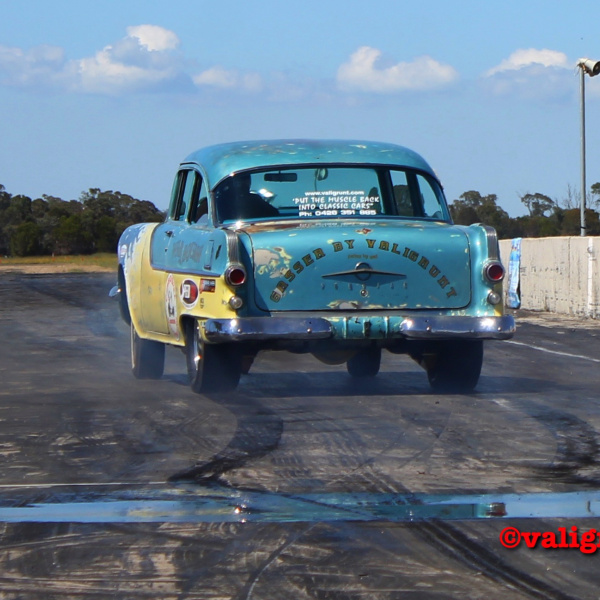 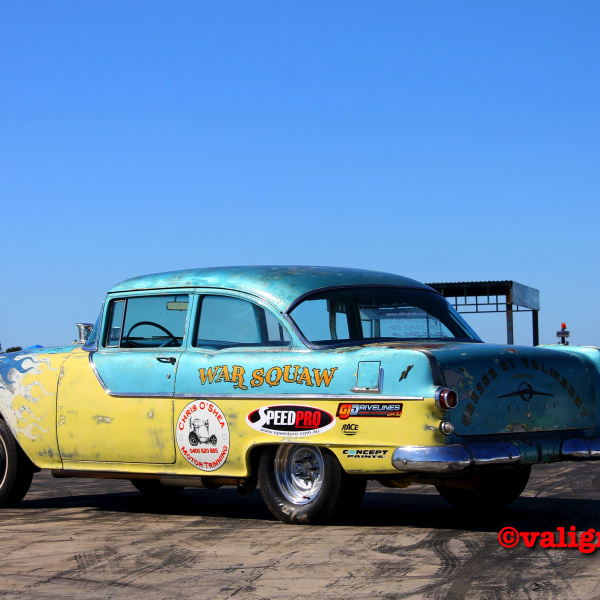 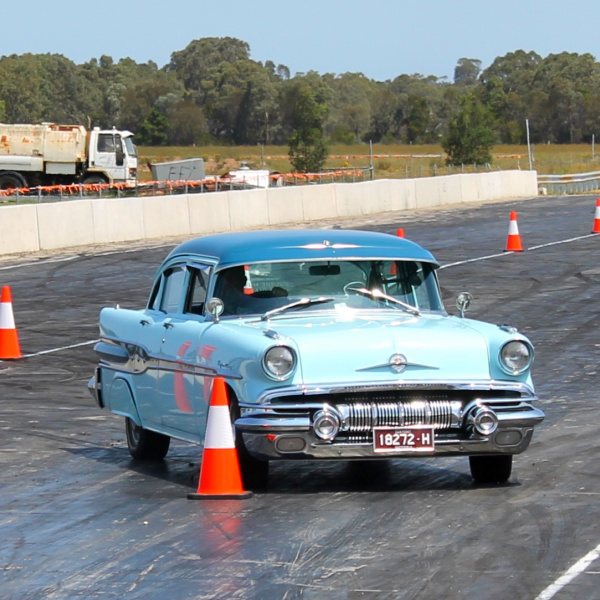 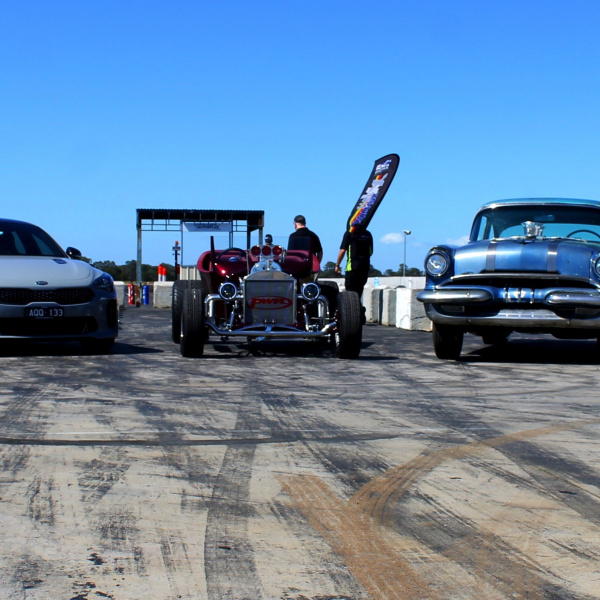