New interior and paint for WarSquaw

Time was ticking away in the build of WarSquaw with race day fast approaching for Rides Down Under Workshop Wars (on 7 Plus).  I was frantically sanding back the white bottom section of the car to repaint into the original yellow as well as prepping the firewall and making heater block off panels ready for paint.  In order to tie the new paint into the guards, we added a layer of yellow flames.  All of this would be sanded back and made to look like it was as old as the remaining paint before we cleared it in a special Metal Clear supplied by Concept Paints, retaining the “patina by god” look.

With the engine bay, front end, floors and dash did it was time to send the 1955 Pontiac off to Chris O’Shea Motor Trimmers for the remainder of the interior to be done.  Chris worked his magic with custom Diamond Pattern front and back seats and door cards, colour matched headlining and rear parcel shelf, wind lacing and new carpets throughout.  Chris also worked his magic with the plastic sides of the front seats, repairing them and trimming them to match the remainder of the interior of Warsquaw.  Then all being closed up and tied together with a new front screen, re-fitment of the old rear screen with new rubbers by Nidge at Roy’s Windscreens.  You can watch Chris work some of his magic in Episode’s 5 and 6.

Meanwhile, work was still progressing on the other parts of the 1955 two-door, with the differential and front end parts being sent off to be sandblasted and powder coated with Heath at Dandenong Powder Coating.  The 1957 Differential a nice bright yellow to stand out under the car with the custom made tramp rods a metallic orange, that way you can’t miss that quick flash of colour when you stomp on the throttle down the track.

At this stage of the build both Shane and myself were starting to get a little exhausted, we were on it 7 days a week pulling ridiculous hours, often working until we couldn’t see straight anymore and then heading home to collapse.  The usual duties of cleaning and cooking at home were at an all time low and the boys were holding down the fort.  Allot of take out was being ordered, thank God for Uber Eats and Menulog. 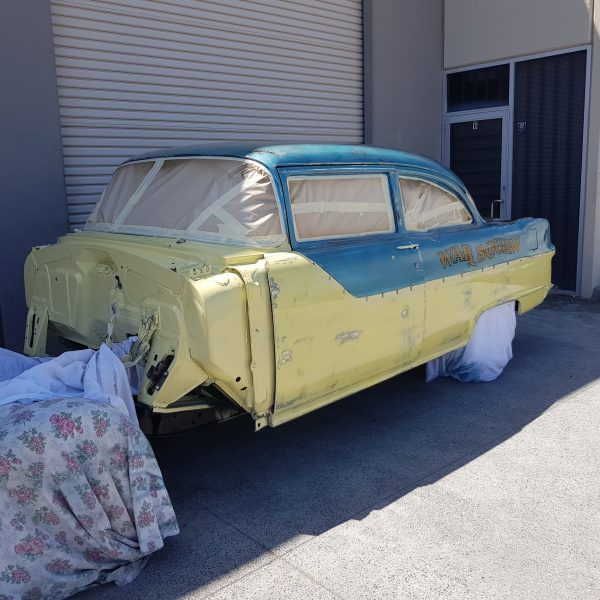 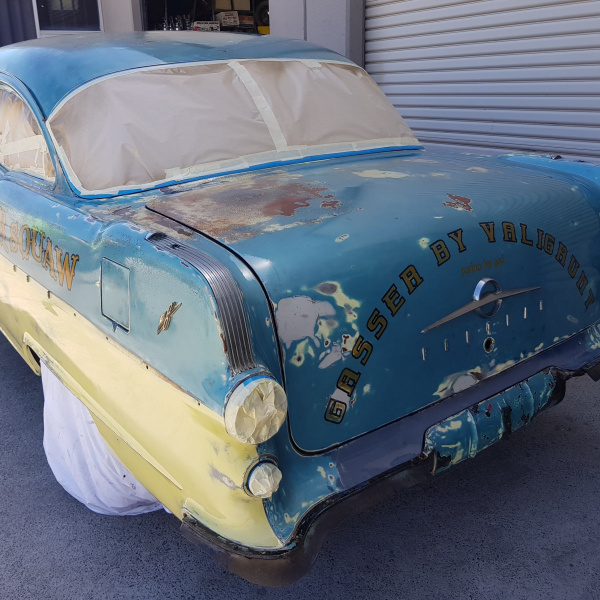 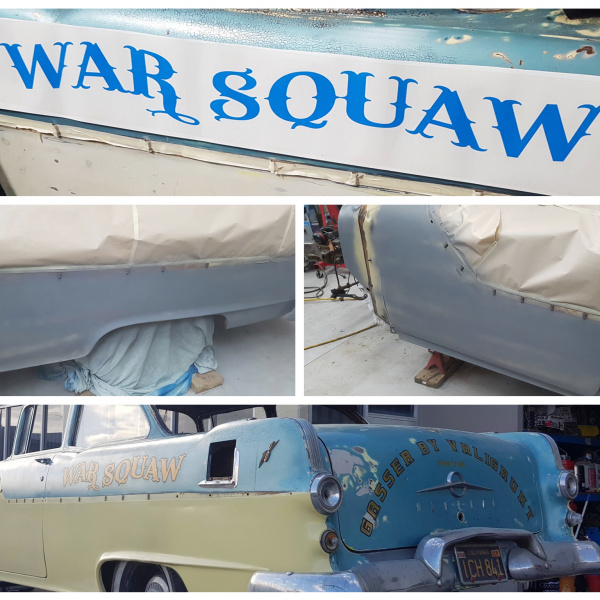 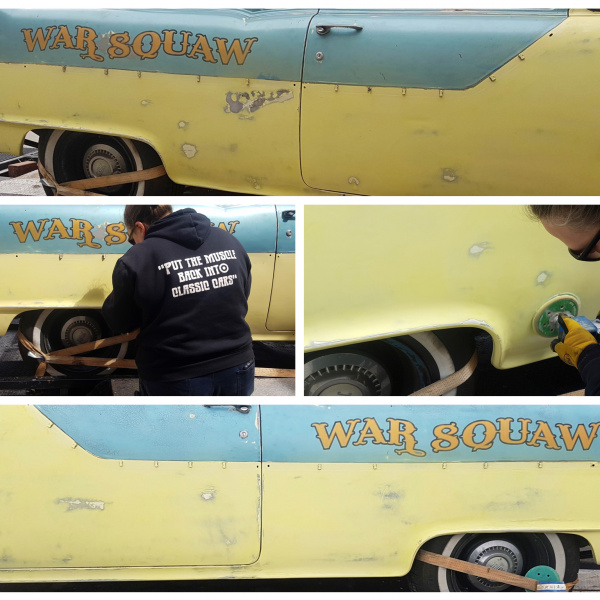 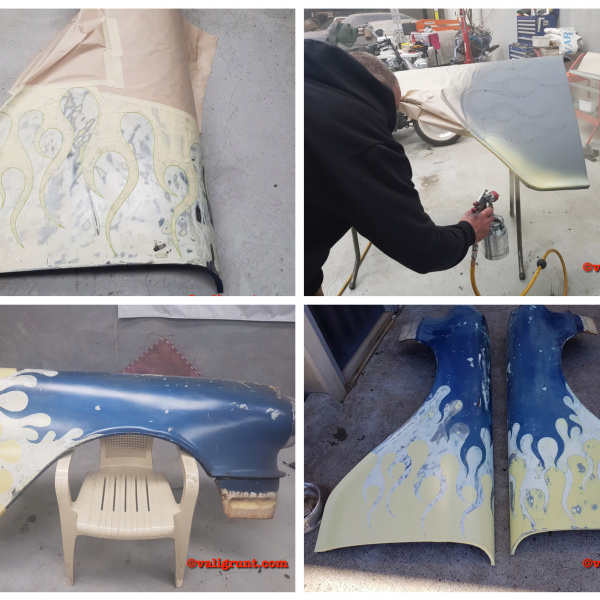 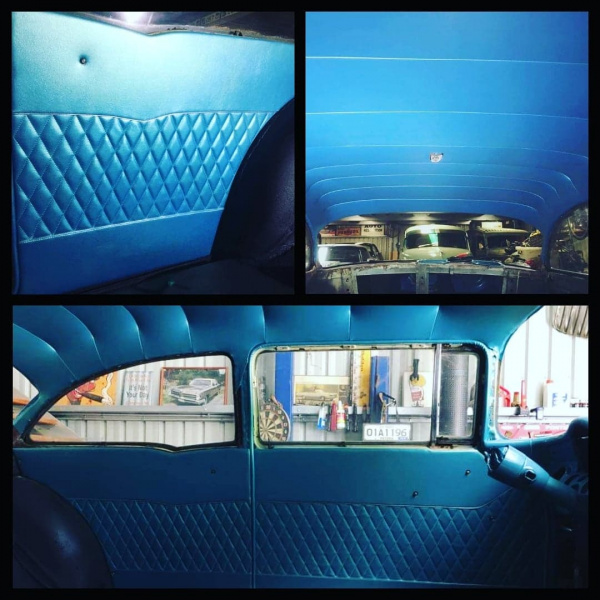 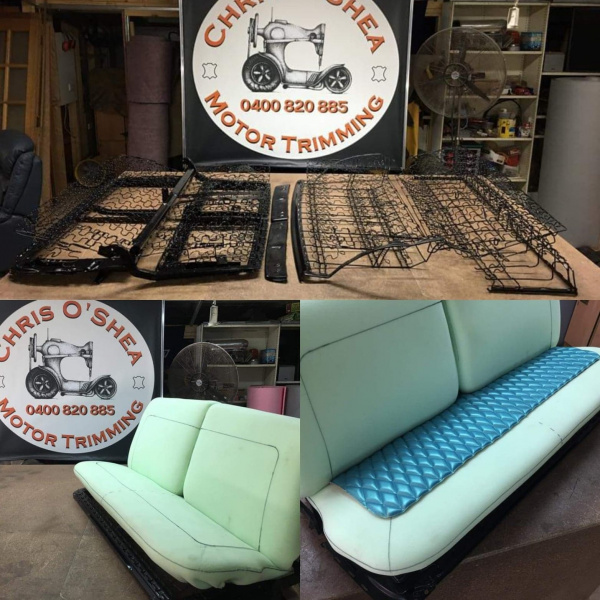 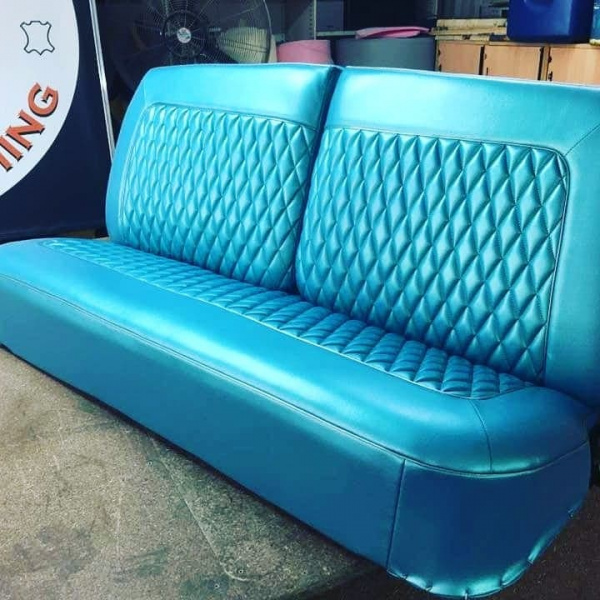 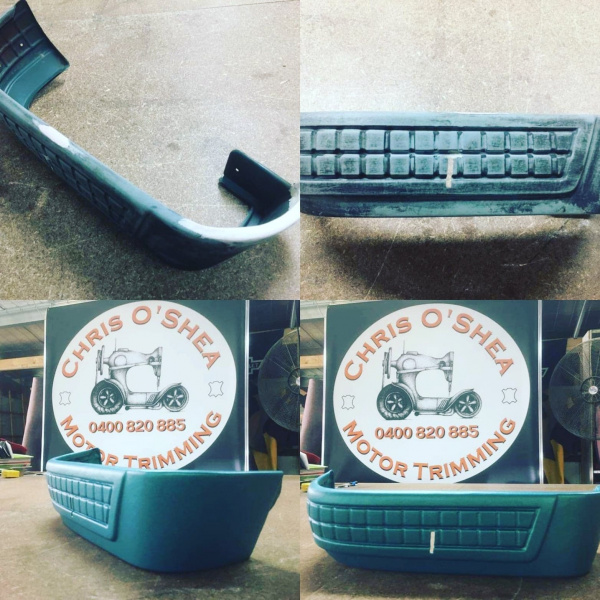