The first stage of building a Classic car is usually pulling it to pieces and giving it a good clean so you can actually see what needs attention.  In Episode 2 of Rides Down Under Workshop Wars (on 7 Plus) you can see the front clip being disassembled and the motor is removed from the 1955 Pontiac 2 door post.  This then enabled us to be able to scrub 63 years of grease, oil and dirt from the engine bay and front end of the car.  Usually, we like to separate the car from the chassis, sandblast the chassis and powder-coat, however with only 10 weeks to get this car up to scratch and racing this was not an option.  Scrubbing 63 years of grease, oil and dirt ended up being a full body experience with all the dirt transferring from car to me.  Not a glamorous job by any stretch of the imagination.

The interior was also removed as certain portions of the seats were worn through to the springs and a previous re-trim had consisted of stitching an aftermarket seat trim over the top of the original trim.  The headlining was sagging and rubbing on the drivers head and the carpet was non-existent, just the cracked and broken up rubber matting.  What the interior didn’t lack though was rats nests and of course what rats leave behind…droppings; loads and loads of droppings.  The seats were bundled off to Chris O’Shea Motor Trimming to have a custom Gasser style diamond trim started and we got into the nitty-gritty of stripping back paint on the dash and firewall and restoring the interior.

As this was an El Paso Car it had obviously experienced some heat extremes.  This was noticeable with the gaskets on the gauges as the rubber had melted onto the glass fronts.  All of the gauges were removed and restored, the mirror had lost its reflection so this was disassembled and repaired. The chrome inserts in the dash had been painted over in the dark blue so these were stripped back and the original chrome.  The Radio and knobs were also stripped and repainted the original black. The internal door trims were paint stripped and painted to match the new interior colour which is a custom metallic with a pearl clear mixed by Concept Paints.  The black steering wheel was cracked so I repaired and colour matched the wheel as well as detailing the horn. Meanwhile, Alan spent a few days in the shop with me hand sanding down the door jams to remove all of the blue paint and reveal the patina of the original paint underneath, tying the new inside of WarSquaw with the aged patina of the outside. 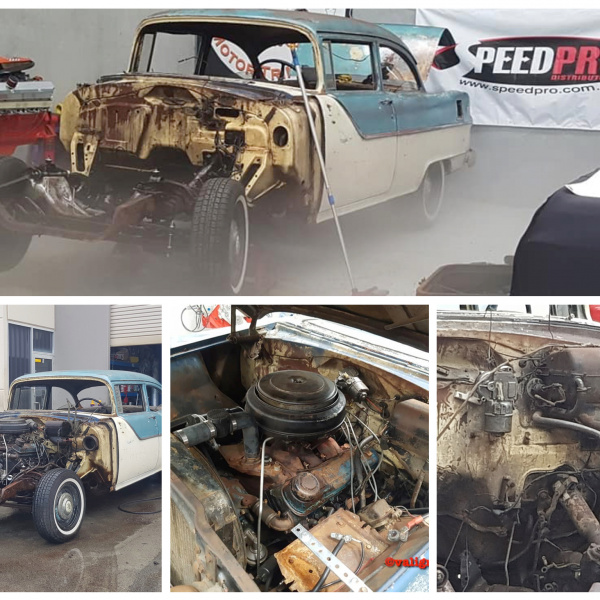 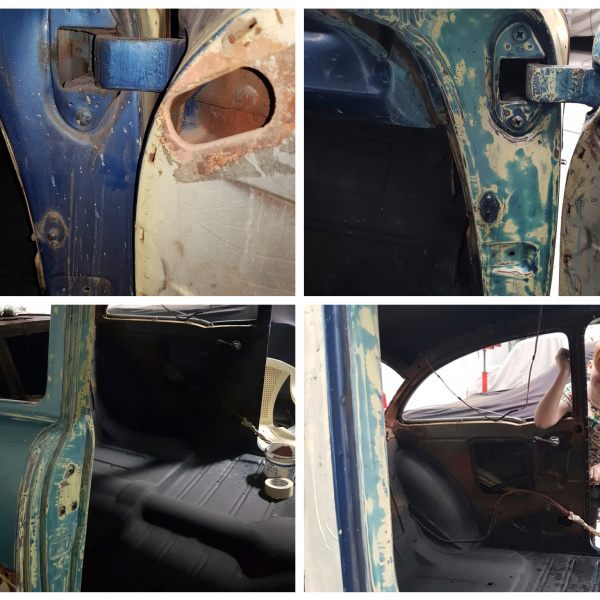 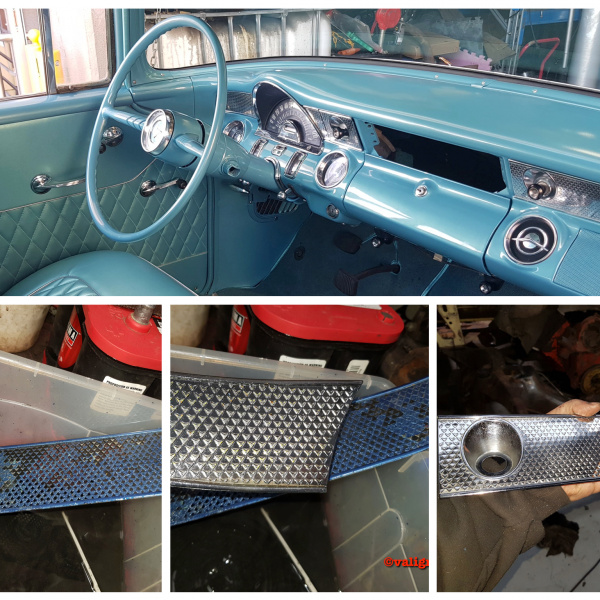 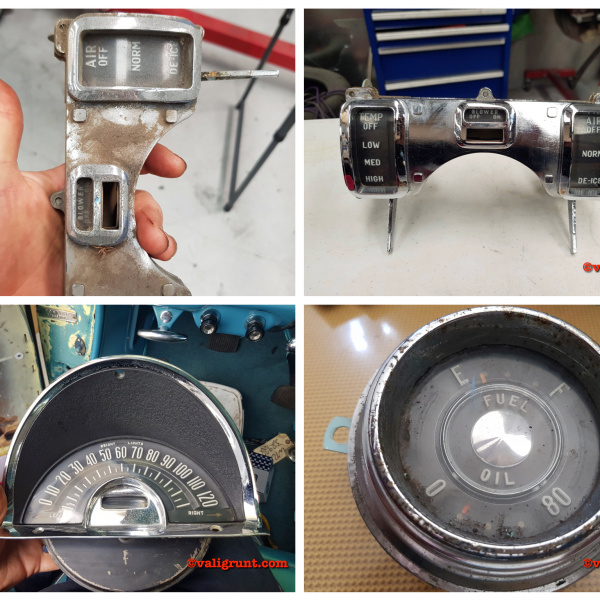 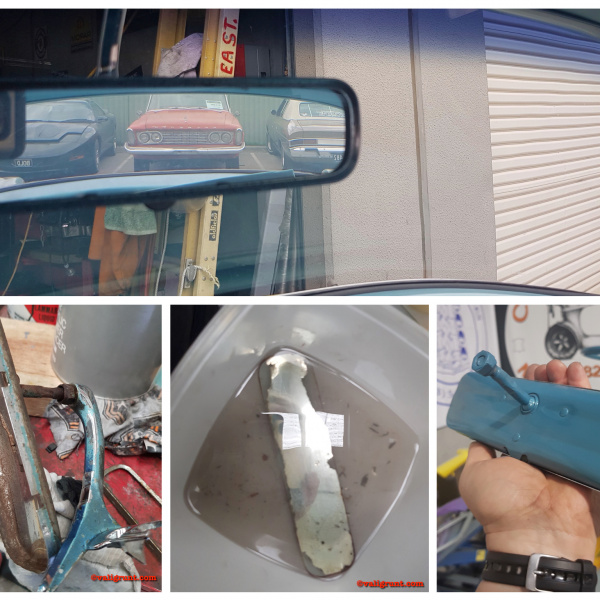 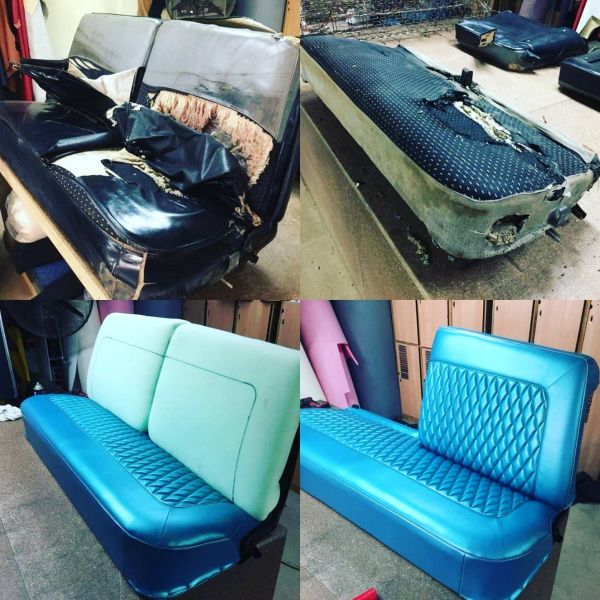 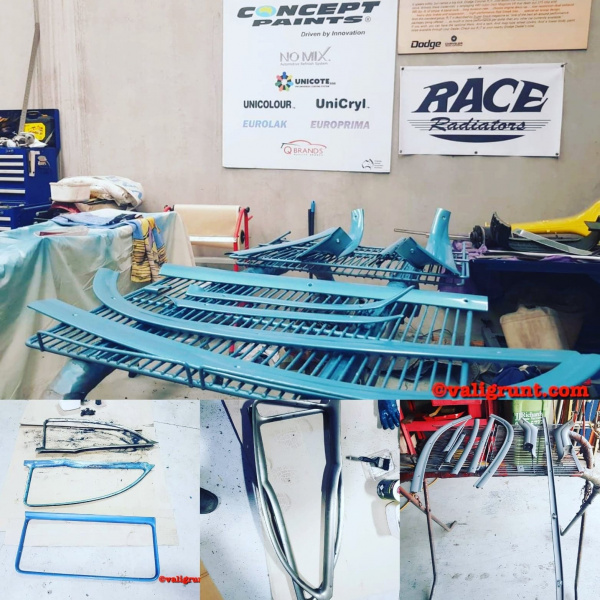 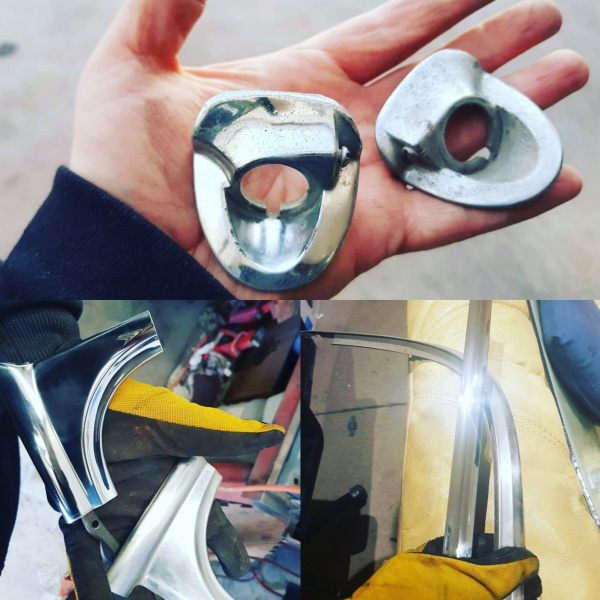 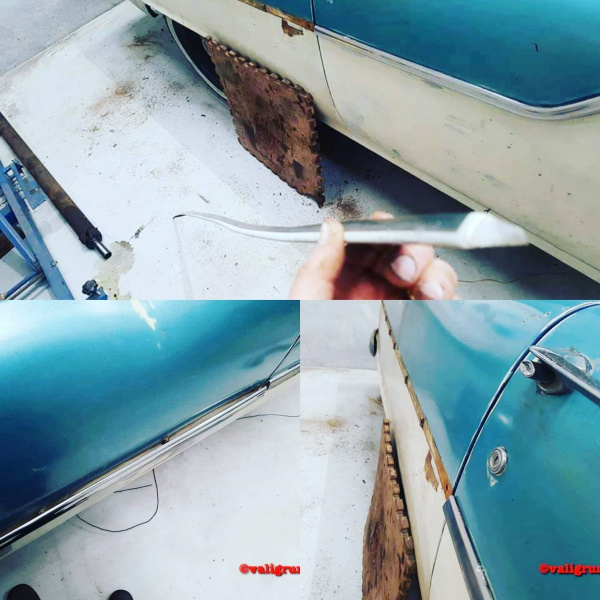